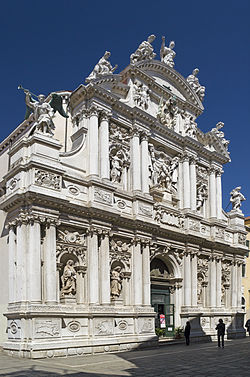 The restoration of the façade designed by Giuseppe Sardi of Morcote (1624 –1699).

The façade of the Church of Santa Maria del Giglio, work on which is presumed to have begun in 1679, is a strikingly clear instance of this trend.

Its erection was commissioned and financed by the capitano generale da mar Antonio Barbaro, whose exploits as admiral of the Venetian fleet in naval battles against the Turks led to his appointment as military commander of Candia (Crete) and, to crown his long and distinguished career, as Venetian Ambassador to Rome.

A double order of coupled columns divides the façade clearly into a series of spaces containing niches with statues and decorative elements. The bases of the columns feature relief carvings of the plans of cities he was associated with and naval battles in which he played a prominent part. 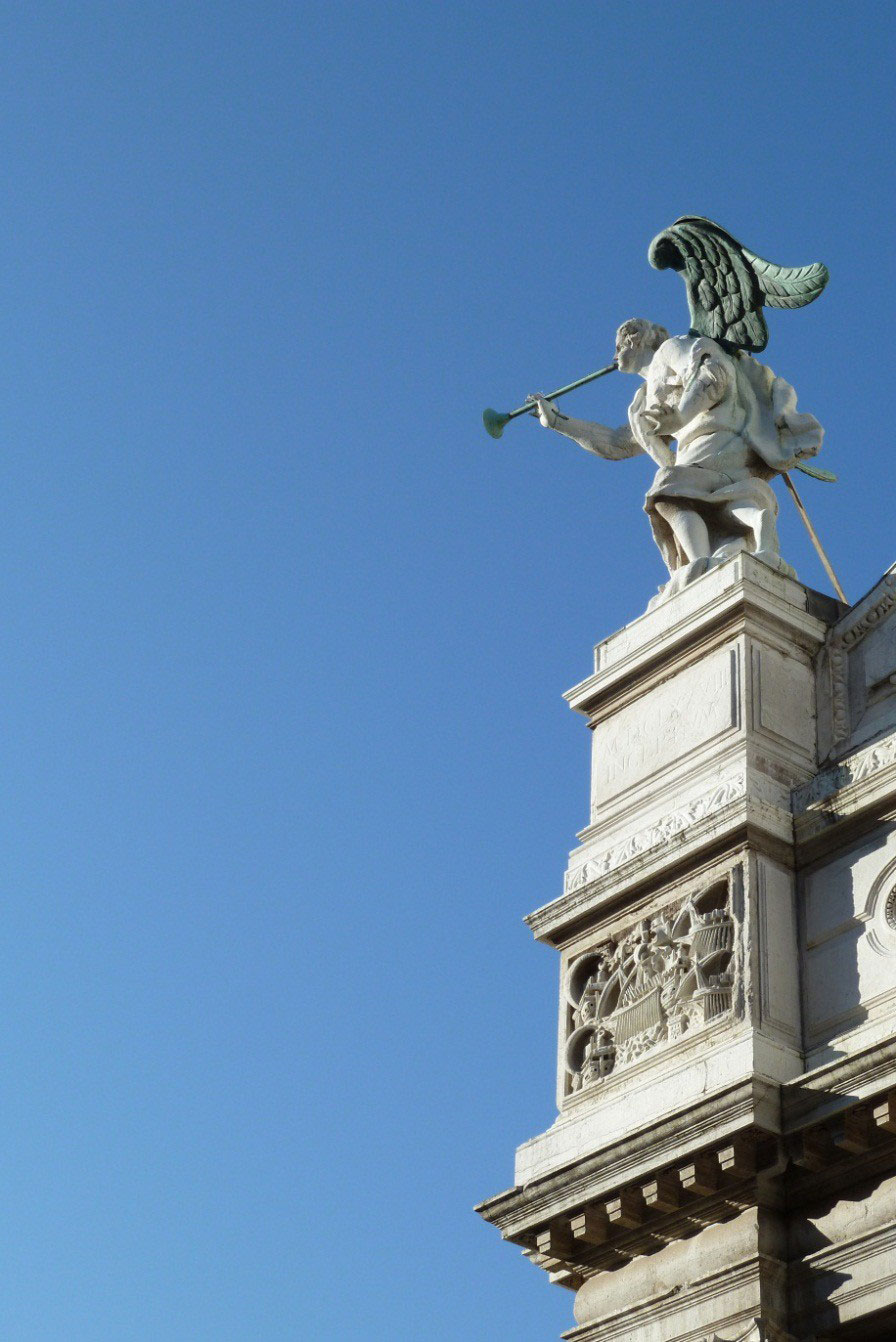 The purpose of the façade is therefore to recount important events in the lives of Antonio and his brothers, and none of the statues has a religious focus. The only statues which are not portraits of family members include allegorical figures such as Fame, Wisdom, Honour and Virtue, which are unequivocal references to the lives and accomplishments of the Barbaro family. An interesting feature of the façade is Sardi’s idea of rotating the statue representing Fame, on the left of the second order and depicted in the act of blowing a trumpet, 45° towards the Grand Canal. This deliberate pose embodies Sardi’s wish to widen the function of the façade and make it a reference point in the broader context of urban decorative symbolism. The statue proclaims the fame and glory of the Barbaro family in the direction of the Grand Canal, the city’s channel of communication with the rest of the world. 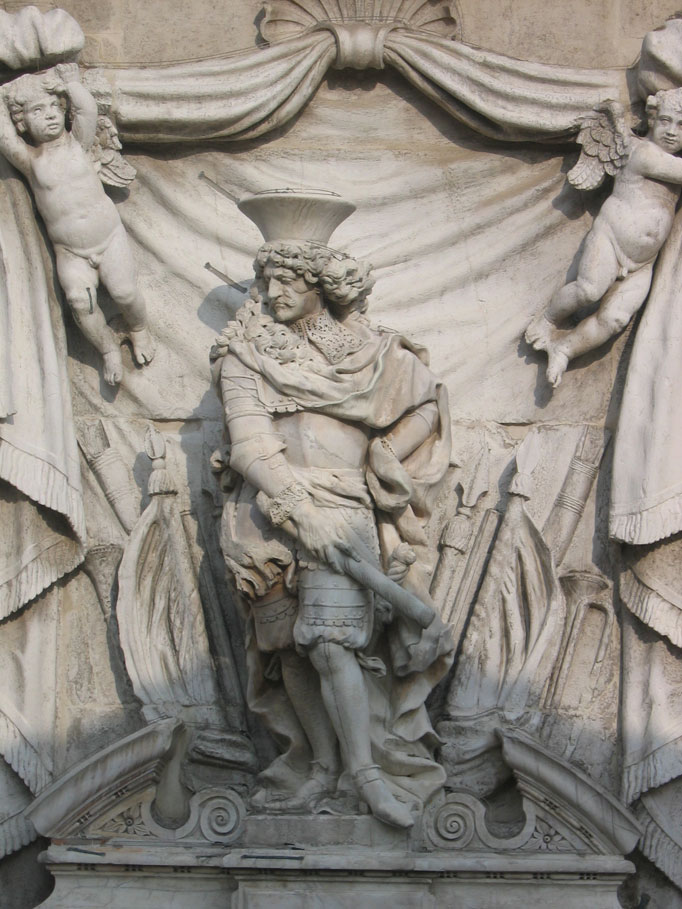 The personalities in the niches are dressed in the fashions of the day for the roles they played and as such offer a valuable sample of the history of XVII century costume.

At the centre of the narrative and therefore of the façade, of course, stands Antonio Barbaro with a sarcophagus as his pedestal, a tellingly bold marble expression of the condottiero’s personality and character. One can just imagine the effect that this façade with its dynamic scenario and powerful images will have had when it was unveiled, comparable perhaps with that of a modern film on the life and exploits of a great personality.

The restoration was financed by our Foundation with substantial equal contributions from the Confederation and the Italian Ministry of Cultural Heritage.